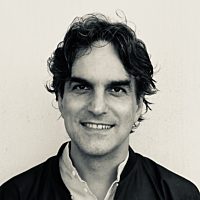 Palomar, founded by Carlo Degli Esposti in 1986, is one of the most well-established cinema and television production companies in Italy. It produces TV series, docudramas and films as well as informative and entertainment programmes. Over 100 Palomar productions have been aired by the leading broadcasters over the last 10 years, drawing the acclaim of both viewers and critics alike. Some of this most emblematic productions are: Inspector Montalbano, The Young Montalbano, Murders at BarLume, Braccialetti Rossi, Maltese, TV movie collection C’era una volta Vigata, The Name of the Rose, a TV series based on Umberto Eco’s bestselling novel featuring John Turturro and Rupert Everett and The War Is Over by Michele Soavi created by Sandro Petraglia. For the silver screen, Palomar has produced a number of award-winning films, such as: Leopardi, Feather, The Fury of a Patient Man, The Happy Prince, Piranhas, based of the novel by Roberto Saviano and winner of a Silver Bear at the 2019 Berlin Film Festival, and Hidden Away by Giorgio Diritti, winner of Silver Bear for Best Actor at the Berlinale. Palomar is currently working on the international series That Dirty Black Bag and Gaddafi. In 2019 Palomar partnered up with French media conglomerate Mediawan Group.