Startseite / Filme / Daughter of the Crater 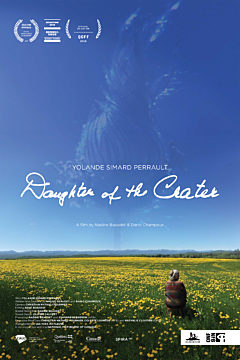 Daughter of the Crater

A woman with a deep love of the land, Yolande Simard Perrault sees her life as having been shaped by a planetary upheaval in Charlevoix, Quebec, millions of years ago. As enduring as the Canadian Shield, she’s a woman of strength and spirit, a child of the crater left by the meteor’s impact. This documentary portrays a determined woman who’s the reflection of a land created on an immense scale. She was the creative and life partner of filmmaker Pierre Perrault, who gave up everything to be by her side. The film charts the influence of her unquenchable dreams and her contribution to the building of a people’s collective memory. In a stream of images and words, Simard Perrault recounts the splendours of the landscape and the people who shaped it. Generous and boundless, she embarks on a quest for identity that nurtures and perpetuates the oeuvre of the man who breathed new life into Quebec cinema.