Startseite / Filme / Give Me Shelter 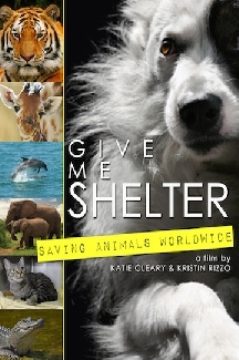 'Give Me Shelter' is a film to raise awareness for important animal issues around the world. The movie will incorporate the work that many different individuals and animal organizations do in a way that has never been done before. The movie illustrates what is really going on with important issues in the animal world such as the underground black market trade of wild and exotic animals, puppy mills, poaching, animal abuse and neglect, conservation, the food we consume, the fur industry and the pet industries.