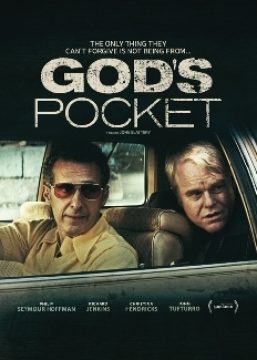 When Mickey's (Hoffman) crazy stepson Leon (Landry) is killed in a construction 'accident,' nobody in the working class neighborhood of God's Pocket is sorry he's gone. Mickey tries to bury the bad news with the body, but when the boy's mother (Hendricks) demands the truth, and a local reporter (Jenkins) starts sniffing around, Mickey finds himself stuck in a darkly comedic life and death struggle. A body he can’t bury, a wife he can’t please and a debt he can’t pay.