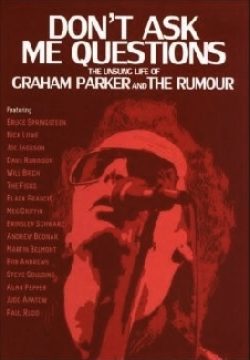 Alternate Titles: Don't Ask Me Questions: The Unsung Life of Graham Parker and the Rumour

Graham Parker has recorded and performed non-stop for the last 35 years. Refusing to compromise, Graham marched to his own drum. Together with his passionately remembered band the Rumour, Graham was the inspiration for artists that followed him. But in the end he defied the movement that he helped spark. And when the music business continued to change beyond recognition, he remained true to his musical vision.