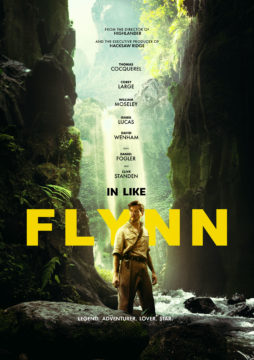 Before Errol Flynn became one of the biggest movie stars in Hollywood, he was
braving cannibals and crocodiles while searching the jungles of Papua New
Guinea for gold. After stealing a yacht belonging to Chinese opium smugglers,
Flynn and his ragtag crew set sail on a journey to find adventure and fortune. In
the vein of Indiana Jones, this film is equal parts adventure and pure escapism,
as we ride along with Flynn’s incredible real-life escapades which inspired his
legendary on-screen persona.