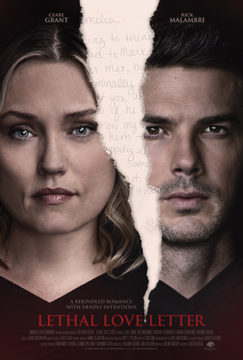 Workaholic Amelia (Clare Grant) is focused on running her small business despite harassing comments from an anonymous follower on her blog. Her eager assistant, Becca (Krystal Ellsworth), tries to get Amelia to report the increasingly aggressive follower, but Amelia believes she can handle it on her own. As Amelia struggles to work through her professional problems, she receives a letter from the dying wife of her former boyfriend, Mark (Rick Malambri). In the letter, Mark’s wife asks Amelia to reconnect with him upon her passing. Intrigued, Amelia meets with Mark and old flames reignite. At the same time, Amelia meets her new client, Forrest (Michael Steger), whose mysterious and attentive nature intrigues her. As Amelia dives back into her intense relationship with Mark and leaves Becca to her own devices at work, suspicious activities and online threats make Amelia question whether the people closest to her have her best interests at heart.