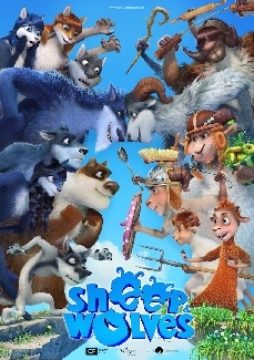 In a magical faraway land, in a picturesque little village nestled among green meadows and rolling hills, lives a flock of carefree sheep. But their pastoral and stress-free life is interrupted when a pack of wolves sets up camp in the nearby ravine.

In accordance with ancient traditions, the retiring pack leader Magra announces that his future successor must prove his right to lead by vanquishing his rivals. When the powerful and blood-thirsty Ragear steps forward, the only wolf brave enough to challenge him is Grey, the pack's favorite, but a hopeless goofball. To become a leader and win back Bianca's love, Grey goes off into the woods, where he discovers a camp of Gypsy rabbits. The fortune-teller rabbit Mami gives him a magical transmutation potion. Grey drinks the potion and goes back to the wolve's den, but finds out upon arrival that he has been transformed into... a ram!