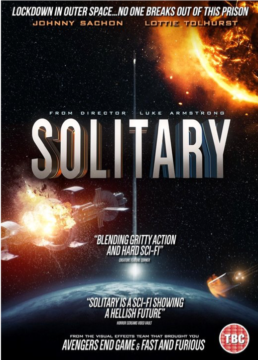 'When Issac wakes up inside a strange room he discovers he's actually a prisoner, who has been sent into space to start Earth's first off world colony as a new punishment. Worse still, he finds he has a cellmate, Alana, who is hell bent on blowing them up and destroying evrything. Solitary is a claustrophobic British sci-fi thriller that will have you on the edge of your seat until the explosive climax.