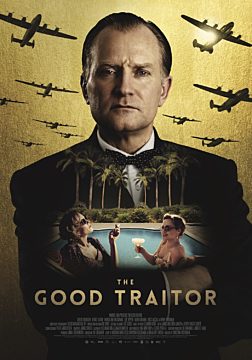 Inspired by actual events The Good Traitor is the thrilling story of one man’s impassioned resistance to the Nazis as World War II threatens to engulf all of Europe.

In 1939, Henrik Kauffmann is serving his post in Washington as the Danish Ambassador to the United States. With an opulent lifestyle and access to his nation’s gold reserves, Kauffmann is living a grand life in America secured by his charm and political status. When German troops invade and occupy Denmark, Kauffman declares himself to be the only true representative of a free Denmark in opposition to the Nazis. In the face of growing threats and accusations of treason from the ‘Official’ government of Denmark, Kauffmann attempts to gain the trust of US President Franklin D. Roosevelt. Kauffmann must gamble his legacy, his family, and the trust of his nation, to resist the Nazi occupation.