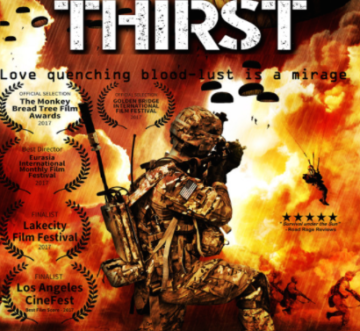 1985, Texas, two teenagers John and Danny are best friends until a new girl in school Hope, chooses Danny. Six years later, after enlisting in the US Armed Forces, the pair finds themselves captured and held in a secret prisoner of war camp in Iraq. They as well as other American prisoners escape the camp and but are further complicated by being dehydrated, stuck in the desert and being pursued by the Iraqi forces. Will they survive or will they die of... Thirst?