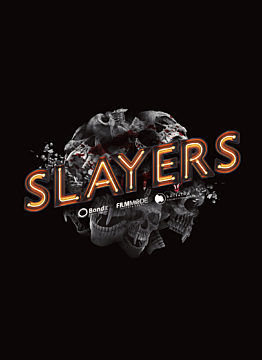 SLAYERS follows a group of superstar internet influencers (Jack Donnelly, Abigail Breslin) who are drawn to a reclusive billionaire's mansion only to find themselves trapped in the lair of a horrifyingly evil vampire. The only way out is to be saved by a famous online gamer (Kara Hayward) and an old school vampire hunter (Thomas Jane), who is set in his ways.