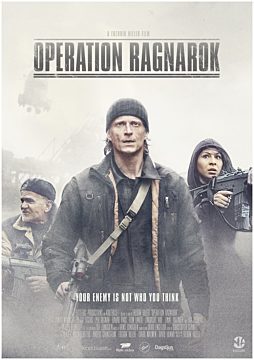 A submarine, carrying a military enginered virus, smashes into a city harbour, turning the inhabitants into monsters. As the armed forces quarantine the city, a native family and an immigrant one, who for some reason (to be discovered), are the only ones not to be infected, take shelter simultaneously in the old citadel.

As the infected advance, and the military consider to firebomb the city, the conflict between natives and immigrants escalate to the boiling point. In the final hour, in order to survive, they are fotced to decide who the true monsters are: the infected on the outside, or the enemies within?