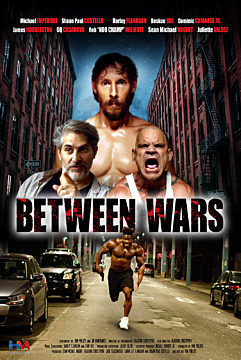 BETWEEN WARS takes an intimate look at the struggle of re-entering civilian life post combat. It follows Veteran Marine Franny Malloy of the Bronx as he struggles with PTSD while integrating himself back into his old neighborhood, post civilian life.