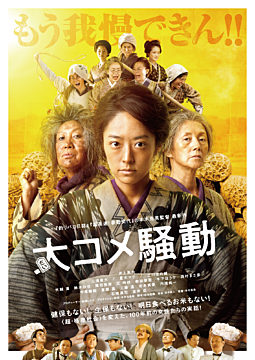 In 1918, Japan's Siberian Intervention inflames a sudden rise in rice price to supply the food for the troops. It gives economic hardship to the ordinary people, including Ito, one of the fishers' wives in a rural town who frugally hold down the fort while their husbands are away for work. The rich dealer and authority won't listen to Ito and other wives' pleading. "Never let the rice go!" The determination of the desperate housewives causes the legendary riot that soon spreads nationwide.
Based on a true historical event, the film tells the story of regular housewives who dare to stand up to protect their families.