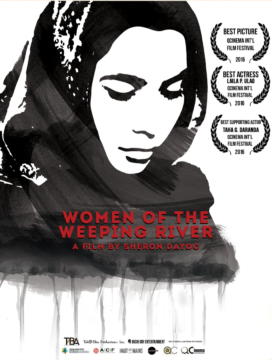 Women of the Weeping River

Satra, a widow is caught in an escalating blood feud stretching back generations. She initially seeks vengeance for the death of husband but finds herself being convinced by Farida to leave the land after the death of her only child Amiya. Beyond the will of her family she secretly meets up with the matriarch of the rival clan to seek possible reconciliation.