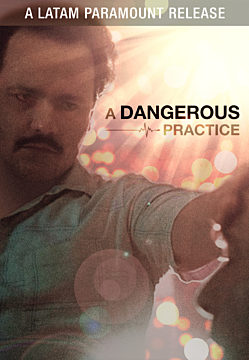 Alternate Titles: PARANORMAL FEATURE BASED ON A TRUE STORY, A PARAMOUNT COPRODUCTION

An inspirational and thrilling story based on the incredible and controversial Zé Arigó, one of the most famous people in Brazilian history. Born into a modest and God-fearing, farm family Arigo grew up suffering from headaches and visions that tormented him throughout his life. In the 1950's, under the inspiration of one of these visions, Arigó discovers that he has been gifted miraculous healing skills and he begins to perform surgeries and treat the desperately ill around him. He and his family soon discover that his incredible abilities come at a dangerous cost. A skeptical Catholic Church and the local government torment him, eventually sending him to jail. But the power of his followers and his faith in performing the extraordinary give him the courage to fight back to continue his mission. Whether you believe in faith, miracles or only in science, this powerful film will move your heart and make you reconsider the power of hope. * Arigó saved thousands of lives including the daughter of Brazilian president Kubitcheck. * He was studied by NASA scientists who failed to provide a conclusive theory about their observations. * Beautifully filmed on location in the Brazilian towns where the actual events took place.