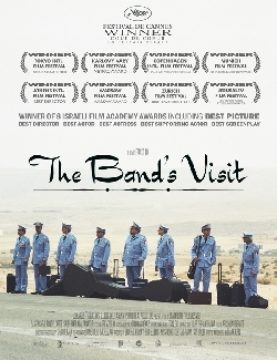 a little Egyptian police band arrives in a remote town in Israel, having gotten lost on their way to a concert at which they have been invited to play. They get taken in by friendly locals who, despite their cultural differences, open their hearts to the outsiders. Over 24 hours full of passion, comedy and confusion-- music, love and the triumph of the human spirit connect them all together.