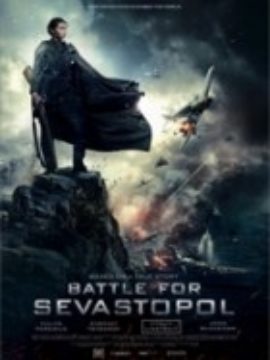 The war catches a young student Lyudmila Pavlichenko off-guard in Odessa. She volunteers in the army and is moved to the front line after a brief stint in the sniper school. Her natural marksmanship and ability to keep calm under duress make her a true sharpshooter. Her personal hitlist is over 309 names long. But Lyudmila is severely shot, and her lover is killed in one of the battles. The girl barely manages to leave Sevastopol and is sent to USA as part of the government mission. In the White House, she is introduced to Eleanor Roosevelt, and her speech to the press makes her a household name in the states. “Gentlemen, you’ve been hiding behind my back for way too long” — two month after her famous speech, the Allies open the Second Front.