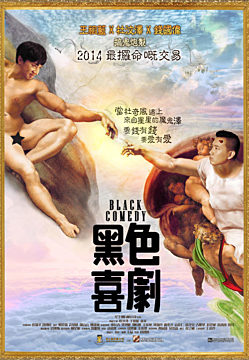 Detective Johnny Du (WONG Cho Lam) was smart and agile but his height of 5 feet 4 has hindered him from joining the G4 protection detail for the Chief Executive. His sassy girlfriend Angel (Kimmy TONG) bullied him all the time, leaving him depressed at work and at home. His helplessness attracted Vincent, the Devil Prince (Chapman TO) and Jim, the Angel (Jim CHIM) to fight for his soul.

Vincent granted Johnny three wishes in exchange of his soul. He used his first wish to transform Angel into a super-hot girl satisfying his every desire but soon he discovered she was using her hotness to flirt with every guy. He then used his second wish to transform Angel into an innocent girl, wishing that he was the only one she loved. Unfortunately, his wish backfired and turned Angel into a girl with the mental age of seven years old. As Angel’s dad, Drill (Tommy WONG) was the big boss of a Triad gang, Johnny immediately drew the police’s attention being the undercover agent working for Drill.

With all these unexpected chain of events, Johnny would rather want the old Angel back. He tried his best to solve cases in order to regain his reputation in front of his superiors. One day, Johnny was killed accidentally when he was busting a drug-trafficking case. Vincent then used the third wish to make Johnny live again but in the body of the handsome yet irritating tycoon, Ben (Gregory WONG) to date the sassy Angel once again and pursue the goal of becoming a G4.