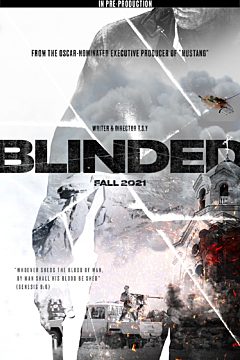 “Navy Special Forces veteran Larry goes to Turkey to search for his missing brother and finds himself in the amid of terrorist organizations whirlpool of the middle east."

Larry Thompson is a Marine Corps Special Forces veteran dealing with PTSD and adaptation problems after many years in service. Larry gave himself to religion to find inner peace and soothe his pains. One day his ex-lover but now his brother Mike’s wife, Linda, comes to ask for Larry’s help to find Mike. Mike was an ex CIA worker, and he went missing somewhere in the middle east that she doesn’t know where, and he left a message for Larry if something happens to him. Linda delivers the message, “Once I was blinded, now I see everything with the light of God.”

Larry needs to find the message’s meaning and figure out where Mike would be in the Middle East. After a conversation with his priest, he realizes that message might point to the apostle St. Paul, who once was blind, and he is from Tarsus, now Turkey. Larry decides to go to Turkey to follow St. Paul’s steps to find Mike, but he finds himself in the middle east’s terrorist organizations’ whirlpool when he is in Turkey.