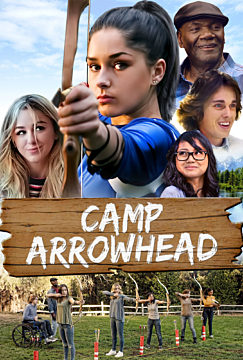 19-year-old Sophie Walker attends a summer camp to help her get over the loss of her mother. She attends as a worker and is initially made fun of by some rich girls at the camp. But when the rich girls realize they need another girl for the archery team, they invite Sophie to join. Meanwhile, Sophie has met a mysterious man in the forest named Percy who claims to be an archery coach. Sophie gets Percy the job as team coach and Percy proceeds to turn the girls into lethal archers. Along the way, Percy also helps Sophie come to terms with the loss of her mother - in an unexpected and magical way.