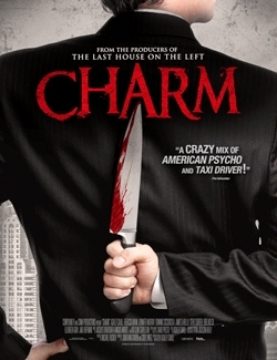 From producers of "The Last House on the Left" and "The Hills Have Eyes" series. Being the adventures of a young man whose principle interests are movies, New York, and mass murder. “Charm” is an electrifying new film about Malcolm (Ashley Cahill), a New Yorker who gets tired of how gentrified, tepid and antiseptic it's all become. What's happened to the 'Good ole days'?! And so he decides to take matters into his own hands by personally starting a crime wave which he hopes will catch on and drive real estate value down, opening up the city to bohemians, artists and a swell of creativity, just like the supposed good 'ole days of the 1970s and 80s. The only problem is: Nobody is paying attention. A fresh, shocking and darkly comic film in the vein of “American Psycho” and “A Clockwork Orange.”