Home / Films / Colour of the Game 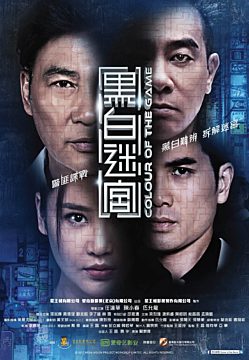 Colour of the Game

Gambler Wallace (Simon Yam) and his protege Sky (Philip Ng) receive a call from their gang leader, Slaughter (Lam Suet). He tells them that the two mob bosses, Dragon (Lau Siu Ming) and Nigel (Waise Lee) have come into conflict Dragon’s young wife had been raped and murdered by Robert (Ye Xiangming), the only son of Nigel. Enraged, Dragon puts out a contract to have Robert killed Slaughter orders Wallace to form a team to complete the mission. Wallace then pulls in his protege Sky; his daughter Lily (Sabrina Qiu), a speed racer; explosive expert BBQ (Eddie Cheung); boxing champion Tyson (Jordan Chan), and the rising star of the mob, Superman (Oscar Leung) to carry out the mission

Heavily armed and ready for the mission, the team accidentally finds that Robert has a crush on Tyson’s ex-lover, Faye (Jenny Gui Jingjing) and keeps pestering her. Taking advantage of this, they use Faye to help track Robert down. Strangely, Robert always manages to escape a step ahead, and even leave traps for them to fall in. Wallace suspects that a mole is working for Robert inside the team. While the police start getting involved, it suggests the existence of another inside man working for the police.

The team members don’t trust each other anymore. Wallace gradually realizes that they have been used for a bigger conspiracy hidden behind the mission