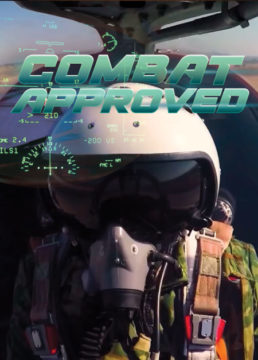 The project is about the most modern and promising military designs in Russia.

In this state-of-the-art television show, the charismatic Russian journalist Aleksey Egorov will test the newest types of domestic military equipment. Together with him we will visit secret factories and closed polygons, we will become participants in the most risky military experiments on land, sea and in the air.

The show tells about the Russian defense complex and its various novelties. The fundamental task of the show is to give ordinary people the opportunity to see and assess all the advantages of military equipment being created in Russia.

The newest war-robots, the most quiet submarines, modern Russian drones, multifunctional air fighters, innovative firearms, vehicles & protective suits are in the focus of biased examination by the “Combat Approved” team.

This series provides a unique opportunity to check out Russia’s most advanced weapons systems. Join the Combat Approved team at off-limits production plants and testing grounds to see the world’s latest military hardware being put through its paces under extreme conditions on land and sea, as well as in the air. A must see for any military buff!