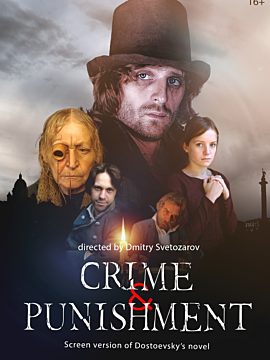 The image of Rodion Raskolnikov, the most famous student killer in the world, has been retouched over the years by primitive tracts in schoolbooks, old screen versions, and the fashion for “superman” that one finds among impressionable young people. A large part of the public, including in Russia, have never actually read the novel thoughtfully. With his screenplay and film, director Dmitry Svetozarov brings to the screen the original text of Dostoevsky’s great work, trying to convey as much as possible Dostoevsky’s view of his characters and actions. The screen characters and the locations are as close as possible to the descriptions in the text, which lets viewers rediscover the novel’s original meaning. A literal interpretation becomes up-to-date, profound, and unexpected, and the brilliant acting gives the film a true Dostoevskian edginess.

Also available for TV Series: consits of 8 episodes 52 min each