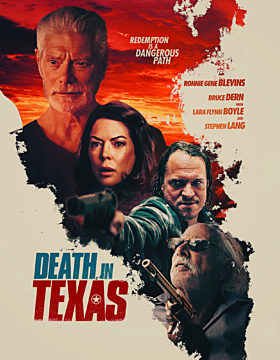 Billy Walker (Blevins) is released from prison to find that his mother, Grace (Flynn Boyle), needs a liver transplant or will die within weeks. With her only option the black market, in the hospital she meets John (Lang) her caretaker, sharing intamate moments. In a last-ditch effort to save her, Billy steals from the wrong man—cartel kingpin Reynolds (Dern). Setting off an unstoppable chain reaction of violence and death, Billy descends into El Paso’s dark underbelly of drug and sex traffic, discovering unlikely allies and redemption along the way. Billy and his mother wrestle with a lifetime of bad choices, and in the end, only one decision can save th