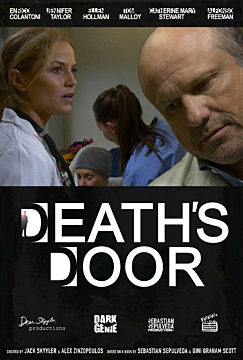 Death's Door is a medical drama based on the book At Death's Door and the true-life story of Sebastian Sepulveda M.D. It is part of a film series which tells the story of an end-of-life-care doctor, Dr. Mark Corbin. Dr. Corbin's entire career has been dealing with the terminally ill and dying. The deaths slowly take their toll on everyone around: first on Dr. Corbin's staff, then his family, and even himself.

The trailer can be viewed at https://youtu.be/MaegwOw7tCY