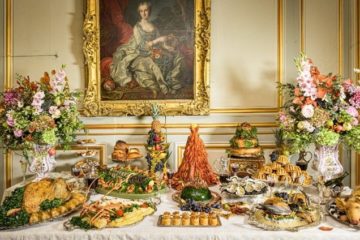 Set in the early days preceding the French Revolution, the delightful story of the creation of the first restaurant.

France, 18th Century. The prestige of a noble house depends above all on the quality of its table. At the dawn of the French Revolution, gastronomy still is a prerogative of the aristocrats. When talented cooker Manceron is dismissed by the Duke of Chamfort, he loses the taste for cooking. Back in his country house, his meeting with the mysterious Louise gets him back on his feet. While they both feed a desire of revenge against the Duke, they decide to create the very first restaurant in France.