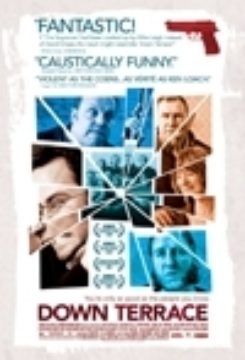 Father and son Bill and Karl (real life father and son Bob and Robin Hill) have just been released from jail free and clear, but all is not well at Down Terrace. Patriarchs of a small crime family, their business is plagued with infighting. Karl has had more than he can take of his old man's philosophizing and preaching, and Bill thinks Karl's dedication to the family is seriously compromised when he takes up with an estranged girlfriend who claims to be carrying his baby. To make matters worse, there’s an unidentified informant in their midst that could send them all to prison for a very long time, and none of their associates can be trusted.