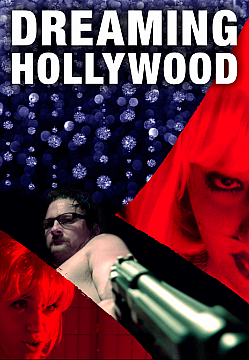 Take a deep dive into Ray Balfi's bizarre world of psychotic drug dealers, incompetent cops and social rejects as he tries to begin a new life-direction and shops his cartoon screenplay to 100 L.A. production companies. While facing rejection after rejection Ray learns that someone has stolen his script and made his movie, The Dog's Meow without his permission. Now, Ray's already messed-up life is thrown into catastrophic mayhem. This dark, action-comedy slowly reels you into its Kubrick-like world of oddballs, outcasts and sociopaths. Punctuated by magical musical interludes and hyper-violent killing sprees, Dreaming Hollywood delivers one of the wildest rides you'll take this year!