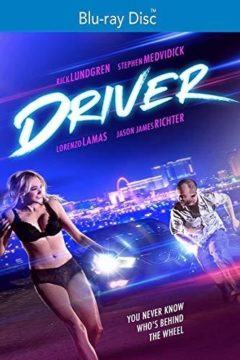 Driver is a dark drama set on the streets of Las Vegas, in which a driver with a multiple personality disorder picks up passengers and sometimes becomes a serial killer. Meanwhile, a rogue detective hunts him down, following the clues to find him. Then, their encounter becomes deadly, with an unexpected twist.

The trailer can be viewed at https://youtu.be/v46GrKKNB0c

Changemakers Productions and Dear Skyyler Productions have now produced 11 films together. The other films include Me, My Dog, and I; Rescue Me; Deadly Infidelity; The New Age of Aging; Courage to Continue; Reversal; The Last Party; and Death’s Door. The two companies’ offerings include feature films, documentaries, and TV/film series, using online, retail, and theatrical distribution.