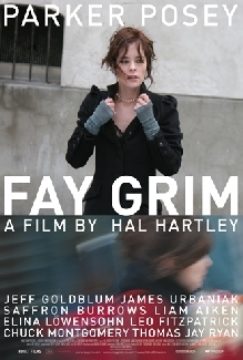 Fay Grim, a single Mom from Woodside, Queens, is afraid her 14 year old son, Ned, will grow up to be like his father, Henry, who has been missing for seven years. Fay's brother Simon is serving ten years in prison for aiding in Henry's escape from the law. In the quiet of his cell, Simon has had time to think about the tumultuous years of Henry's presence among them--chronicled in Hartley's earlier film HENRY FOOL(1998). He has come to suspect that Henry was not the man he appeared to be. His suspicions are validated when the CIA asks Fay to travel to Paris to retrieve Henry's property. Her mission turns into a sprawling con-game, pitching Fay deep into a world of international espionage.