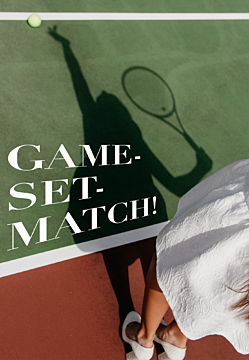 Alternate Titles: Adapted from the novel "Smile Again, Jenny Lee." A mystery film for fans of Knives Out, Memento and I, Tonya and for the lovers of the sport of tennis.

Jenny, a rising tennis champion is approaching the peak of her career when an unknown assailant physically attacks her, seemingly putting an end to her promising stardom. Known for her quick temper and confrontational behavior, Jenny summons her indefatigable willpower and defies the doctors who tell her that playing tennis is beyond her grasp.

But the long road to recovery and a corrupt business agent have also drained her finances, leaving her desperate to find the financial support she needs to reclimb the tournament ladder. In a fateful move, Jenny decides to track down her missing father whose sketchy background and bizarre memory loss send her on a dangerous journey into her parents' past. While following mysterious clues, evading false leads and perilous dead-ends, what she finally uncovers in the shadowy corners of San Francisco leads to a stunning revelation and a life-changing discovery. This clever and tantalizing story will capture your imagination with its thrilling twists and shocking turns!