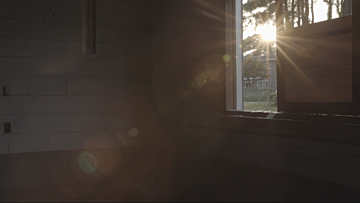 Though far apart, Argentina and Gwangju in the 1970s and 1980s -- during which the military took control of the government and massacred fellow humans – had remarkably similar histories.

Elderly ladies have staged a boycott for many years to preserve the traces of the Gwangju Uprising in May 2018 and its venue, the former South Jeolla Provincial Office building. A grandmother who lost her son during the coup tells a story.

“If we don’t do this, our children have died in vain, like dogs. So, we continue to tell people to restore the place stained with blood, where our children died.”

In August 2018, witnesses tell stories in the place of their memories about how the Argentinian military dictatorship committed various crimes, such as kidnapping, imprisonment, murder, and civilians gone missing. At the most notorious place of torture, formerly ESMA, or the school for Navy petty-officers, a middle-aged woman approaches and tells a story.

The photographs of missing persons plastered on the wall of the Memorial Museum continue to tell us, “That’s right.”