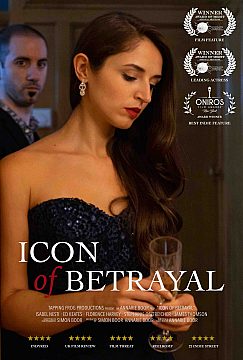 This multi-layered drama, being told through an interview, explores the driving factors behind an actress’s power moves as she aims to step over her rivals in the film world.

“Icon of Betrayal is a strong mystery, melodrama film with plenty of twists and turns to keep you entertained; combined with a stellar performance from its lead and an engrossing stylistic vision, this is an admirable achievement for everyone involved.” – UK Film Review (4 Stars)