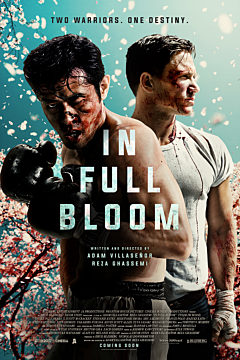 In the snowy mountains of post WWII Japan, surrounded by uninhabited nature, reigning boxing champion, Masahiro, trains for a high stakes international fight under the hard guidance of his sensei. His upcoming opponent: Clint Sullivan, a down-and-out fighter from American – the occupying power. The war is over, but not forgotten. It is a fight that will test the very limits of their spirits. With their feature debut, Ghassemi and VillaSenor have created a meditation about Dignity, Ambition, and Freedom. An overwhelming epic with stunning visuals. Eight-time time sound Oscar nominee Wylie Stateman (“Kill Bill,” “Django Unchained”) and composer Andrew Kawczynski (“Dunkirk”) have created a soundscape that is nothing less than an atmospheric earthquake. In their screen debut, Tyler Wood and Yusuke Ogasawara imbue their characters with unflinching earnestness and emotional athleticism. And the fantastic, non-linear screenplay delivers a complexity that can only been grasped when seen as a whole. Cinema was invented for films like “In Full Bloom”