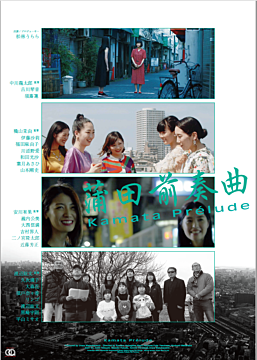 A four-part film done in the unique style of each director, MATSUBAYASHI Urara gives a portrayal
of a struggling actress named Machiko who lives in Kamata. Machiko is the central axis of the
movie as the film comically depicts what it means to be a "woman" and an "actress" in society
through showing the patterns of life as conducted by her and the people that surround her.