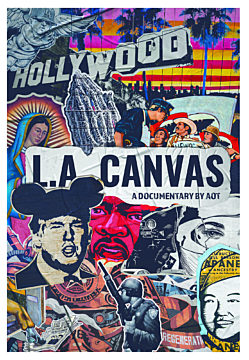 There is an interplay between the Angeleno society, the urban environment and the artists who see the city as one giant canvas. This is a review of the social and political history of Los Angeles as seen and remembered by its Wall Art pieces and the people that made them. Stories and points of views so often ignored by its film industry and other historical accounts.