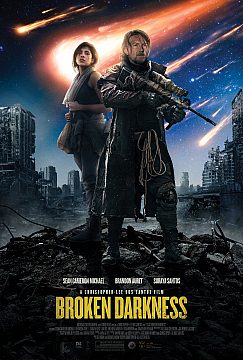 Broken Darkness follows the exciting story of Sam (Sean Cameron Michael, Black Sails), a broken man who after the world ends from a massive Meteor shower and the death of his son, is forced to survive underground. He and his trusted friend Troy (Brandon Auret, Elysium, Chappie) along with a young female Rose (Suraya Santos), are thrust on a journey that takes them into the darkest parts of the underground world where they find themselves on the run with a crew of rag tag yet heavily armed rangers. Hunted down by mutated creatures, bandits and cannibals alike, their undeniable defiance to return home is challenged, and an honest story emerges to reveal the heart of friendship in the face of death. Broken Darkness is a tale of selflessness, friendship and courage.