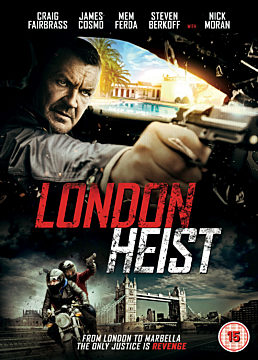 London Heist aka Gunned Down

Armed robber and career criminal Jack Cregan seeks to discover the truth behind his father's murder and his stolen heist money and in doing so puts his life in danger. The devastation that Jack soon discovers puts his very own existence into question. Set around Spain's glamorous Marbella and London's dark underworld, he battles to unravel the mystery and exact brutal revenge on all those responsible while being pursued by gangland criminals and a corrupt police detective