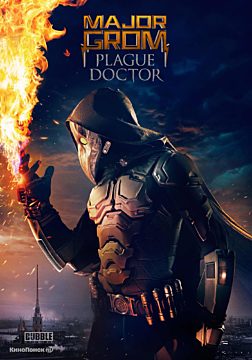 St. Petersburg’s routine drastically changes when a mysterious vigilante dressed as a medieval plague doctor appears in the city. Declaring that the world is “plagued by injustice” he begins to cure it by murdering people he considers villain. Society is shaken up: everyone questions the Plague Doctor’s true status: is he an agent of chaos or a noble justice warrior?

However, for Police Major Igor Grom and his rookie partner Dima Dubin what matters most is that the Plague Doctor is a coldblooded murderer who must be stopped by all means necessary.