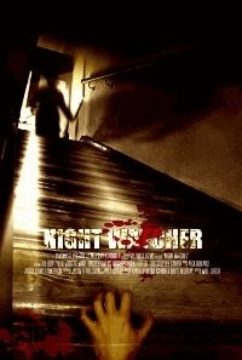 Katherine is set to spend another unsatisfying night wasting her life with her friends. She grudgingly carries a six-pack of beer from the nearly empty parking lot to the soft sand of the beach as her friends ditch her to go smoke. They return to find her dead in the sand, her wrists slit open wide - a gruesome suicide. Or did that mysterious idle car in the parking lot have anything to do with Katherine's death.

The suicide of Angela's mother is a mystery to everyone. She was happy. She was a doctor. She was perfect. One day, at a suicide help group. Angela meets Brian, a young man there for the same reason she is. One night, each of them simultaneously receives a mysterious tape,a terrifying voyeuristic display, in which each discovers that their parents were being stalked...They soon discover that there is more to their connection than meets the eye. In fact, her mother and his father had worked in the same hospital together. Brian has grown to suspect that this string of suicides is no mere coincidence, but the result of something more nefarious.