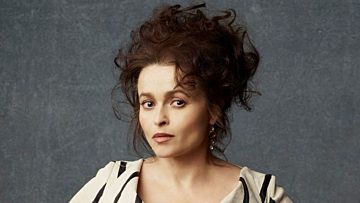 George Bernard Shaw (Pierce Brosnan), has written his masterpiece PYGMALION (MY FAIR LADY) and is determined for the great Mrs Pat Campbell (Helena Bonham Carter) to play the role of Eliza Doolittle – the Flower Girl who is taught how to speak like a Duchess. But is her casting, just a chance for Shaw to rekindle his once great love, the one that got away…

Thrust into this world, is the young Henry Dana, a naive producing assistant. Through his eyes we see the romantic flame between Shaw and Mrs Pat reignite. As Mrs Pat struggles to find her Eliza, Dana is sent out to find a ‘real’ flower girl who might aid the great actress with her performance. On finding Ellie, selling her wares in Covent Garden, he has a romantic spark of his own ignited, and the scene is set for a glorious ‘play within a play’ to unfurl…

NOT BLOODY LIKELY is a joyous affair – a romantic comedy in the grand traditions of ROOM WITH A VIEW and SHAKESPEARE IN LOVE. As it barrels towards its extraordinary climax – we are swept along – to an Opening Night like no other.