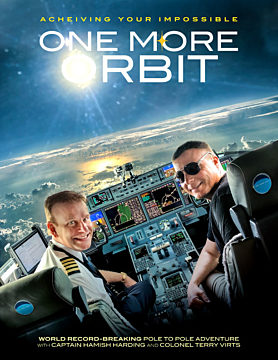 A daring team of astronauts and aviators fly a high-speed Gulfstream jet around the earth faster than anyone ever has to set the pole-to-pole circumnavigation record. Beginning their mission from the same spot Apollo 11 launched for the moon 50 years before, this tribute to the past, present, and future of space exploration breaks the boundaries of what was previously thought possible.