Home / Films / Out of Liberty 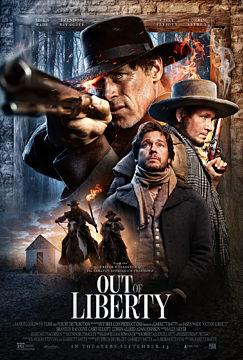 Winter 1839. Jailed on charges of treason and murder, the proclaimed prophet Joseph Smith (Brandon Ray Olive) and his companions are held in Liberty, Missouri while they await a court hearing. Local jailer, Samuel Tillery (Jasen Wade) is tasked with protecting the prisoners from increased mob attacks. But as public opinion begins to shift, Sam is forced to take matters into his own hands, for the protection of the prisoners, and his own life.