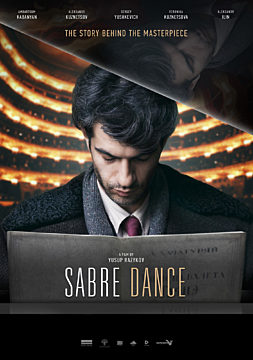 based on the true story, drama/ period drama/biopic/war

Cold autumn 1942. Second year of war. The city of Molotov just before the war was renamed into Perm. The Kirov Leningrad Academic Opera and Ballet Theatre was evacuated into this city.

The world of the theatre during the evacuation was ghostly, hungry, cold. Half-starved ballerinas of corps de ballet transforming into marvellous “pink girls”. During these cold times they had many spectacles, performances in hospitals, in army industries, and endless rehearsals.

Before the last rehearsal, Khachaturian unexpectedly receives an order from the directorate to create another dance for the already completed final part.

In 8 hours, the composer would write his most performed work – Sabre Dance.