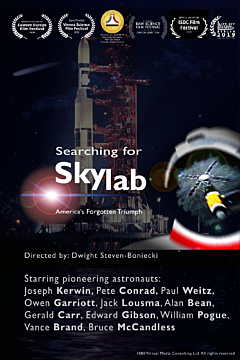 The first American space station Skylab is found in pieces scattered in Western Australia. Yet this picture of destruction is deceiving. Putting the pieces of Skylab back together and re-tracing the station's history back to its very conception reveals a key program of human space exploration. Using re-mastered, long-lost and, in some cases, never-seen archive footage integrated with eye-witness accounts of the astronauts, engineers and their families, the movie presents a very factual account of the most glorious times of NASA while keeping a very human view of the demands placed on the NASA and contractor staff. The story of Skylab is a remarkable part of human exploration history without which the world as we know it wouldn't be possible today.

"My own knowledge of Skylab has been increased by perhaps two orders of magnitude, simply by watching this amazing film, and I consider myself to be fairly well versed on the subject." Rob Godwin CG Publishing