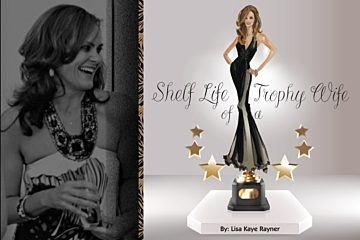 Shelf Life of a Trophy Wife

To the outside world, she seemed to have it all. Smart, attractive, funny and friendly; she glided through life like the Atlanta “It Girl” her Mother had groomed. But beneath the picture perfect veneer of her Southern Baptist upbringing were the secrets she kept. Secrets of the men who molested, drugged, raped, and sexually harassed her as well as emotionally abused her — all of which led to her pattern of sexuality and seduction. After three failed marriages and one failed suicide attempt, Lisa Rayner found herself in the office of a psychiatrist who begins to chip away at the picture of perfection she so carefully guarded.

One by one, through flashbacks, Lisa addresses the sexual and emotional abuse she suffered, always appropriately dressed in heels and lipstick. The near-perfect daughter, who never failed at anything but marriage and suicide, was finally acknowledging that the “trophy” she had become had reached its expiration and discovering that as a survivor, still standing in her stilettos, there truly is another day.