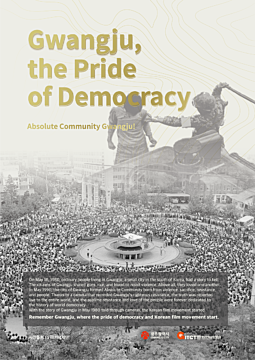 Raised in Gwangju, Su-hyeon had lived in Seoul. Over time, however, Seoul was no longer a strange place as she made more memories in Seoul than Gwangju, yet Su-hyeon could not feel that Seoul was her real home. While feeling growing uncertainty over living in Seoul, Su-hyeon heard from her mother. Su-heyon’s mother, who ran a clothing shop, was preparing for a wedding of her customer as a renewal of vows. To help her, Su-hyeon headed to Gwangju and, from where her mother worked, came to see people from new perspectives.

In May 1980, Mi-suk went to an actor audition held in Gwangju but ended up having a dog day after he was suddenly chased by the martial law army for no apparent reason. At the dead end of the street, Mi-suk ran into Jong-ho, a former college classmate who became a martial law soldier.

Soldier Jong-ho hid into a private home to protect Mi-suk; while taking a break he realized something was wrong with what’s happening in Gwangju. To escape Gwangju, which was surrounded by the martial law army, the two people, disguised as actors, dressed like beggars on a national tour and left the house.

Having graduated from Kanagawa Joseon Middle and High School, 4th-generation Korean-Japanese Jung-nyeo visits her hometown in South Korea for the first time with her childhood friend Hee-yeong. She wants to participate in the history-focused trip commemorating the Gwangju Uprising with college students from Gwangju and Japan. What is it like to transmit the spirit of May 18 to young people today? Have we been carrying that spirit even to this day? There are stories of people who were victims of Japanese-Korean espionage, high school and college students in the 1980s and those who participated in the pro-democracy movement sharing that moment in Korean history. Through the month of May, Koreans living in Japan and Korea have come to be connected. Regardless of hometown or generation, your May, my May, and their May all become the story of our May.